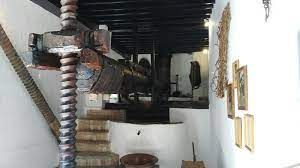 History of Malaga as a wine region

The wines of Málaga have a great and impressive history that dates back to the Phoenician and Roman period. Once they were considered to be the best sweet wines of the world and in fact there are still some great sweet wines produced today that belong to that exclusive category. In the 18th Century Málaga enjoyed its Golden Age with even Russia as one of its important export markets. The decline started in 1876, when Málaga had the very doubtful distinction of being the first Spanish region to be invaded by phylloxera, a grape disease that destroyed almost every vine in Europe. Málaga lost almost all of its production. It kept its dormant existence for decades producing mainly regional wines for regional consumption. Now Malaga is re-inventing its winetradition, proudly looking for the appreciation it deserves. Foreign winemakers bought ancient and deserted vineyards, making modern wines repecting their roots and long history. Young Spanish winemakers are innovating and looking for the best wines that the different grapes and ´terroirs´ can produce. The result is a magical mix of broadly two styles of wines. The traditional style with beautiful dry and sweet wines from Pedro Ximenez and Moscatel grapes, aged in oak casks. Many of them contain high levels of alcohol (´vino de licor´ or ´vinos genorosos´) because of fortification (adding of alcohol) or the high amounts of sugar in the must (due to the climate and/or special winemaking techniques). A famous example is the semi sweet wine ´pajarete´. The best wines can age for ten to thirty years in the solera/ criadera system. Those wines are always a blend of many vintages. The solera system consists of rows of wooden barrels placed on top of each other. What is taking out for bottling and consumption at the bottom row is refilled at the upper row with young wine that finds its way ´streaming´ down the solera and blending with the older wines. The modern styled ´still´ wines are seeking competition with the best regions of Spain and are never fortified. Reds and whites from grapevarieties like Tempranillo, Cabernet Sauvignon, Syrah, Petit Verdot, Merlot, Chardonnay Pedro Ximenez, Moscatel and Doradilla. A great example of this style is the growing number of bodegas that produce excellent fresh, complex dry Moscatel wines, such as Ariyanas and Botani. In those wines you find the best of the region, its soil and its tradition combined with a modern wine phyilosofy. Malaga has two ´denominaciones de origin´, DO Malaga and DO Sierras de Malaga, both controlled by the same regulatory body. Both DO´s do not refer to different areas in to the same region but to different production methods and grapes used. Under DO Malaga only wines can be sold made from Pedro Ximenez and Moscatel grapes. It covers mainly the traditional styled, fortified wines with their process of oxidation in the soleras/criaderas. In sweet wine the use of ´arrope´ is allowed. ´Arrope´ is reduced must, a technique used to higher the residual sugar level after fermentation. Within the DO Sierras de Malaga a wide variety of grapes are allowed to produce the more modern styled red, white and rose wines. Their level of alcohol never exceeds 15.5 degrees. You can find the difference between the two DO´s in its terminology and the information on the wine label. A very upcoming region with high quality mainly whites and reds is the Serrania de Ronda, with the beautiful town Ronda as its vibrant centre. Within the Málaga region a wide range of different soils and climates add to the specific characteristics of the wines. Around the coast its alluvial with clay, quartz and mica. More inland (Mollina) it is sandy clay with chalk. In most of the Axarquia it is gravelly with chalk. Higher up in the mountains its limestone with thin layers of sand and clay in the subsoil. Also in the Ronda area you can find a wide range of soils from stony to clay. Micro climates differ depending on location and the proximity of the sea. Huge difference in day and night temperatures inland and in the mountains, more humidity in lower river valleys and a milder climate close to the coast, just to mention a couple of examples. It all has its influence on the splendid variety of wines from Málaga that we can enjoy today.