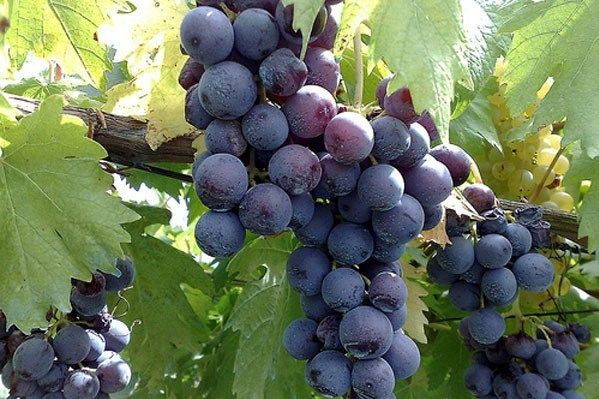 Romé is a native red grape variety that was almost forgotten and extinct but belongs to the rich heritage of the province of Malaga. The grape is grown on small vineyards, especially in the Axarquia but also in Ronda, and thrives well on the slate soil and in the warm climate. The grape is only found in this area and may be used within the DO Sierras de Malaga. In the past, the grape was mainly used to color sweet wines. Romé also has dyes in the pulp, while other grapes have them in the skins. On the palate, Romé has a distinct character of its own with, in addition to red fruit, mainly floral and herbal aromas. It is anything but a tannin powerhouse and sometimes some acidity is missing. Fortunately, there are a number of bodegas who give Romé a new lease of life in a modern twist; Finca La Melonera (Ronda), Viňedos Verticales, Sedella, Bentomiz and Almijara. The last four are all located in the Axarquia. Bodega Sedella combines Romé with Granacha Tinta into a spectacular red wine that has had 93 Parker Points in the past. La Melonera couples the grape among other things with the more powerful Tintalla de Rota, another indigenous red grape variety. Payoya Negra (Tintalla de Rota, Syrah, Granacha and Romé) and MHV (Tintalla de Rota and Romé) are red wines from Ronda that show in the most authentic way how native grape varieties and terroir are expressed. Viňedos Verticales makes a wine from 100% Romé, Camaleón. Ideally suited to discover the specific light character of this grape. Together with Gazpachuelo for example delicious, with Chivo prefer not.

Romé is also suitable for making velvety, fresh rose wines, full of floral aromas and minerality, such as the rose wines Jarel from Almijara and Ariyanas from Bentomiz.

Regarding the latter, wine critic and Master of Wine, Rose Murray said:

Very beautiful, floral-scented, citrus-like rosé with delicious hints of herbs, creamy with a mineral length and an attractive bitter twist on the finish. With its beautiful natural acidity, it is just as fresh and vibrant as any other rosé from a warm climate. One of the best Spanish rosés I have tasted – and certainly the best in Andalusia.

The once almost forgotten and extinct Romé makes a spectacular comeback. And how! Undoubtedly, more bodegas will follow who will make comparable wines as part of the old and new heritage of the province of Malaga. Thanks to the bodegas who preceded them as pioneers