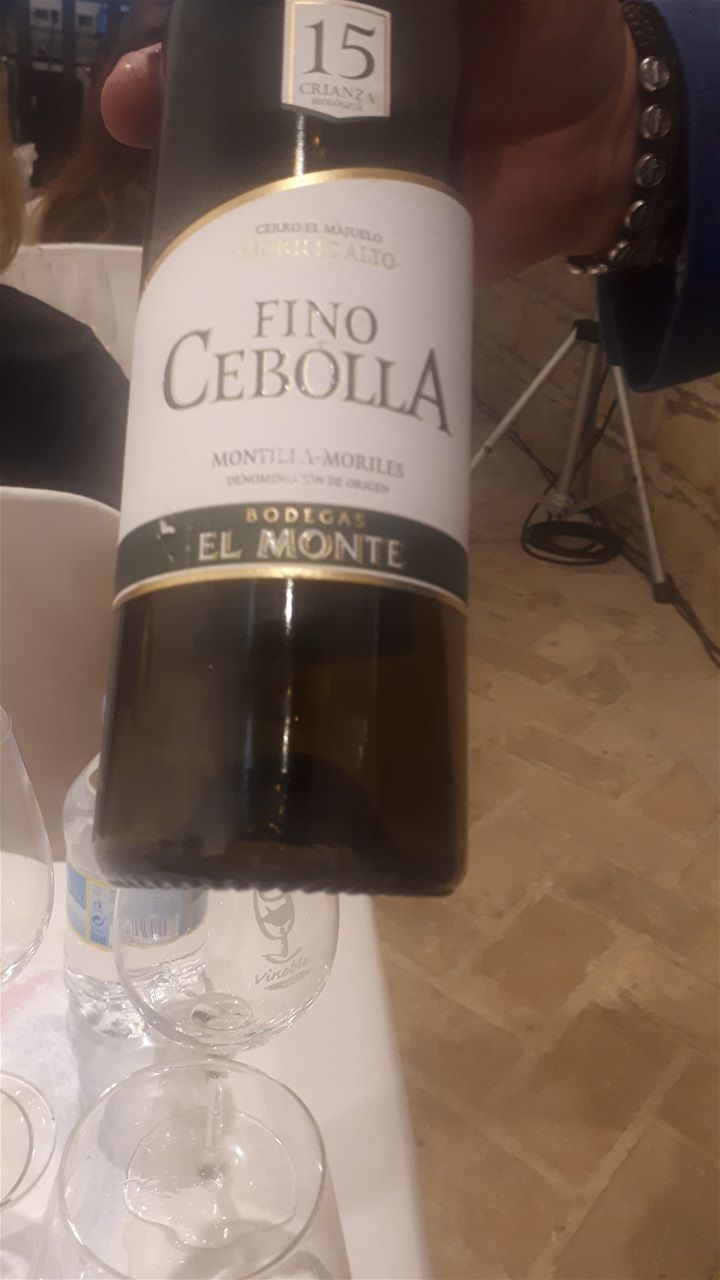 Discovery journey of the Pedro Ximen grape during Vinoble 2022

It is a sultry May evening, the last of this spring month par excellence. The Alcazar de Jerez is the enchanting site of the last tasting of Vinoble 2022. It is a biennial event that everyone in the wine world looks forward to. A mecca of fortified and sweet wines where wine professionals test their taste buds to the limit for three days. A long line has gathered in front of one of the tasting rooms. Loud, enthusiastic buzz rises from the crowd eagerly awaiting the tasting of the two queens of the Pedro Ximen grape: Paula Menendez and Virginia Garcia. Two young dynamic, eloquent wine women literally and figuratively storm the stage. With their refreshing 'PXperts' image they give shape to their youthful and innovative marketing spirit. This new generation gives full confidence in the future of the wine world. The public is challenged to answer the question on the basis of a number of statements whether or not the Pedro Ximen is a multi-use grape or only has a uniform character. Pedro Ximen plays a major role in many regions of Andalusia, such as Jerez, Montilla Moriles and Malaga. The story goes that the grape was brought to southern Spain by a German soldier. Genetic research refers this to the land of fables, according to the ladies. The grape has Arabic characteristics. Since the PXperts represent Montilla Moriles, we only taste wines from that region. The vineyards in Montilla are higher than those in Moriles, which obviously has an influence on the wine. On the vineyards of the Sierra Montilla, located approximately 600 meters high, the grapes grow on the typical soil of that region, the snow-white 'albariza', a mixture of lime, clay and shellfish. The lower vineyards of 'Moriles Alto' (400-150 meters) yield wines with more minerality and salinity. The 'Pexerts' invite us to answer the question whether the grape can also produce fresh, sparkling wines. The answer is definitely yes. We start with a very young wine from Montilla aged for 8 months in 'tinajas' (large cement vases) An almost fat, mildly dry spicy wine, a surprising expression of Pedro Ximen (Los Injertos 2020) The wine from Moriles made in the same way is more chalky and more mineral, with a nice bitter in the aftertaste, the type of still wine you would initially expect from Pedro Ximen (Tres Miradas Cerro Franco) were used to make fortified and sweet wines. In the province of Cadiz it is about palomino fino, often resulting in beautiful mineral, sage wines. In Montilla Moriles, the Pedro Ximen takes care of the wines just described. Some wines have also had a short biological education under Flor, which leads to surprising results. In the province of Malaga, the Moscatel de Alejandria produces sublime dry wines with the typical aromatic character of that grape. They are all wines that offer something unique in a world where there is already so much on offer. The tasting leaves the youthful violence and we continue our Pedro Ximen discovery with more classic wines. We taste a fino from Montilla and its brother from Moriles. We prefer the latter for its bone-dry character, complexity and full body, a masterful fino (Fino Cebolla, Bodega El Monte). How beautiful these wines are and relatively unknown outside Spain, standing in the shadow of the finos from Jerez and the manzanillas from Sanlucar. They don't deserve that at all. This also applies to amontillados and oloros from the region. We taste a beautiful, classic, elegant, complex amontillado (biological and oxidative upbringing), which are generally softer and more nut-driven than their brothers from Jerez ( amontillado genérico viejísimo del Consejo) What a dream combination with ´jamon iberico de bellota' we dream away for a while. The subsequent Oloroso (not biological but only oxidative upbringing) can charm us (Asunción” de Alvear) . The tasting naturally ends with a sweet wine. An unfiltered wine, without any form of education except in the bottle, from grapes that have been drying in the sun for a long time. A wine with a high residual sugar content (380 mg l) but also with nice acidity, a sweet wine can't be better (PX “Gran Pedro” de Bodegas la Aurora)

After more than an hour and a half of tasting, we have seen the many faces of the PX grape. From light, elegant stills, to complex finos and fortified powerhouses such as amontillado and oloroso. Added to this is the wonderful world of sweet wines whose ´´crianza´´ can also extend into the decades. The question to the participants whether the Pedro Ximen grape is a versatile, multi-purpose grape is then answered with a loud yes with thunderous applause for the PXperts