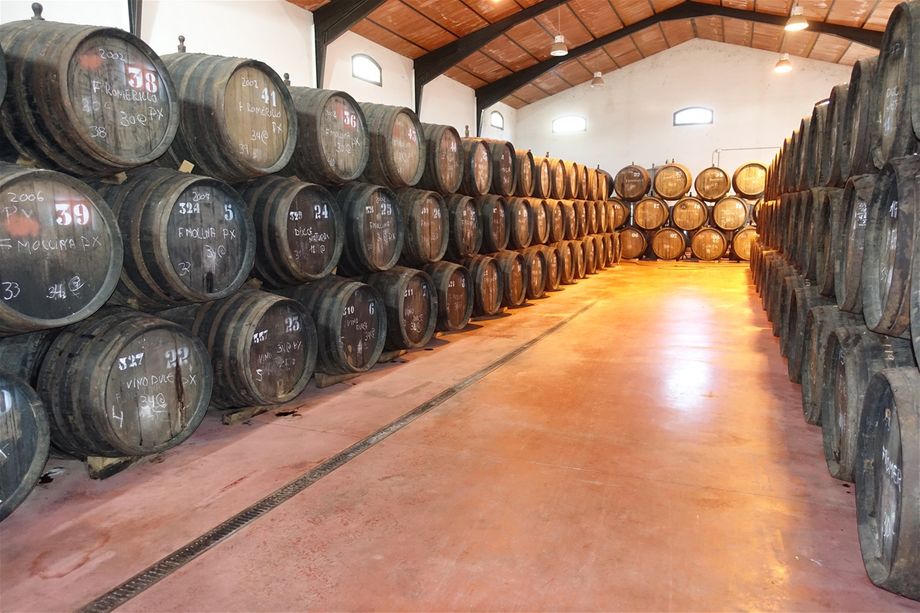 Matured under the ever-shining intense Mediterranean sun, the wines of Malaga have an impressive and centuries-long history. Phoenicians, Greeks, Romans and the Moors successively built a worldwide reputation in their own way. It was the Phoenicians who brought one of the region's most famous grapes, Moscatel de Alejandria, to the province. An aromatic grape that thrives nowhere better than in Malaga. The Romans were also fully involved in viticulture. Acinipo, the name of a former Roman settlement near Ronda, literally means 'wine country'. The arrival of the Moors around the year 700 did not mean the end of wine culture because of the ban on drinking alcohol, but new impetus. Instead of a ban, the Moors opted for a tax on wine. The large-scale production of raisins also arose, which today as a delicacy are among the very best in the world. At what was probably the first major wine competition in history, organized in 1224 by the French King Philip II, wine from Malaga was awarded the honorary title 'Cardinal of Wines'.

During the 18th and 19th centuries, Malaga wines experienced their golden glory. Ships crossed the harbor. About 1850 a quarter of the economy consisted of wine trade. The more syrupy, dark, very sweet wines, for example using ´arrope´ (reduced grape must to increase the natural sugar content) were especially popular. The sweet wines were considered the best in the world. Russia was the largest export market and the wine was also in great demand at the court of the years. Catherine the Great was such a lover that she decided not to levy an import tax on the wine.

But England, for example, was also a large export market. The sturdy title 'Mountain Wine' (Bergwijn) dates back to that time, which has been restored by some bodegas.

Druifluis heralded the end of success

The decline of wine production started in 1878 when Málaga had the dubious honor from which grape louse began its devastating trek across Europe. The grape louse had come with American vines that were themselves immune. These tiny creatures eat the root of the vine under the ground, making it less able to absorb water and minerals and making it vulnerable to fungal infections. In 1891, thirteen years after the disease arrived, there were only 7,000 hectares of vineyard left of the original 112,000 hectares. The latter were also infected. Málaga lost almost all of its wine production and was dormant well into the twentieth century.

The beautiful natural park "Montes de Malaga", affectionately called "the lungs of Malaga" by the Malagueños, consisted of vineyards at the time. Now there are pine trees to prevent erosion of the soil and it is a beautiful area for walking and cycling. In the various ventas you can enjoy the local still existing "mountain wine". You can still see the physical remains of 'lagares' everywhere. 'Lagar' literally means winery, or place where the grapes are pressed and all necessary machinery is stored. The concept lives on in the name of various fincas as a sweet reminder of times long gone.

The way up has been found again

Fortunately, the wines from the province are on the way back! With a wider range than ever. Where the province was best known for its fortified wines (to which alcohol has been added), there are now also plenty of still wines that may have a maximum alcohol content of 15.5%. Aromatic dry white wines, velvety roses and robust red wines. Even the first two sparkling wines made in the traditional champagne way have recently seen the light of day (Tartratos and Cloe). For a sommelier, it is no longer any problem to accompany a multi-course dinner - no matter how complicated - of only wines from the province. There are now two origin classifications for the wines from Malaga; Denominacion Origin Malaga and Denominacion Sierras de Malaga. The first for the fortified wines, the second for the still ones.

The rebirth of wines from the province is best illustrated with the project of the flambojante world citizen and then distinguished member of the jet set in Marbella, the German Prince Alfonso de Hohenlohe. He always strongly disagreed with the wine connoisseurs who believed that quality wines could not be made in the south of Spain and so bought the beautiful Cortijo de las Monjas in the Serrania de Ronda in the 1990s. Together with a renowned enologist (expert in wine production), he successfully made wines with a style similar to Bordeaux. Young ambitious winemakers from home and abroad followed suit, reviving abandoned vineyards as they saw the potential and magic of the area. They now make wines in search of the perfect marriage between past and present. Respect for tradition coupled with modern winemaking techniques characterizes the current philosophy of many winemakers

The 'Consejo Regulador', the regulatory institute for wine production in the region, allows the use of an exciting mix of indigenous and non-native grape varieties. Moscatel and Pedro Ximenez provide dry and sweet white wines that are unparalleled in the world. Tintalla de Rota is a beautiful, powerful red indigenous grape variety, Romé a lighter, elegant variety. Petit Verdot, Syrah, Pinot Noir and Cabernet Sauvignon are examples of world-famous non-native grape varieties that thrive and make elegant and complex red wines. The province has five different production areas: Axarquia, Montes de Malaga, Serrania de Ronda, Zona Norte (region around Mollina) and Manilva, each with a multitude of different terroirs (soils) and microclimates. A mecca for winemakers to produce a wide range of different characterful wines.

The wines from the province are gaining prestige and recognition, especially outside the province. They can be found on the wine lists of star restaurants (such as the spectacular wines of bodega Bentomiz by the Dutch couple Clara Verheij and André Both!) And win prizes at major wine competitions. However, the lion's share of the production is consumed in the north of Spain (roughly above Madrid) or abroad. These wines deserve more attention, especially from people from the region itself. After all, the search for world fame always starts in the backyard. After all, what could be better than sipping a dusty glass from the bodega around the corner, knowing that the same wine used to travel thousands of miles to warm Catherine the Great in her cold palace? Cardinal of the Wines? Absolutely.